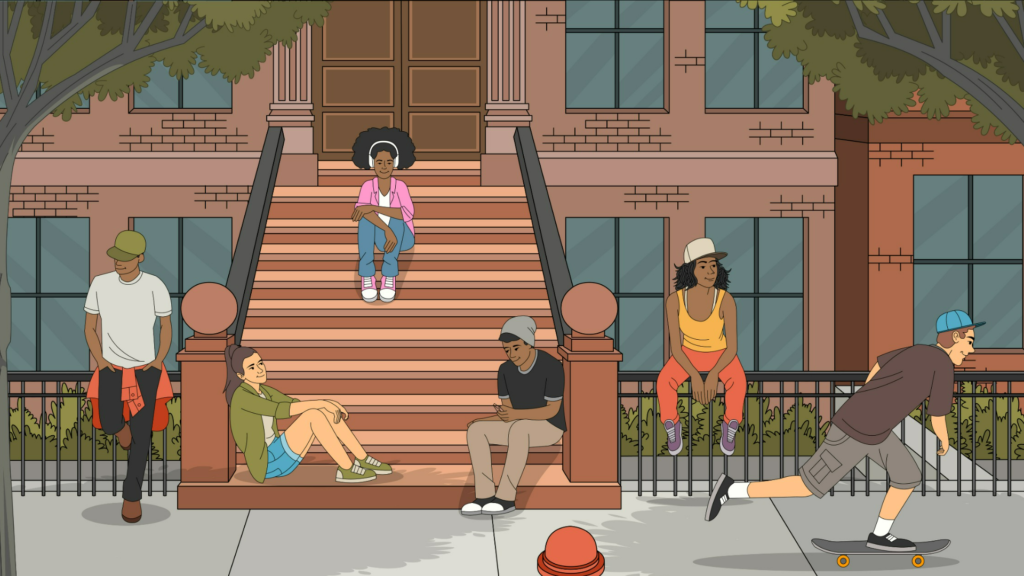 Neighbors. Everyone over 40 tells the story of how if they did something wrong two blocks away, their parents knew about it before they got home. There is widespread agreement that those days are gone. Neighbors have either gone to work, moved to the suburbs, or been silenced by fear of youth violence and parental indifference.

There were no neighbors present in the Fredricksburg, Virginia, convenience store on April 17th when six customers watched a 17-year-old brutally beat a clerk to the floor. No one stopped the teen, no one called the police, no one helped the bloodied clerk. The concept of neighbors seems to be in danger of extinction.

But not in Kansas City. Their neighbors in five underserved neighborhoods are back on the streets, at the windows, on the phones, in the schools. Employed by YouthNet the local network of youth-serving organizations that has helped Kansas City shape a bold vision for its youth, 42 BlockLeaders are “neighboring” young people in the way that I was “neighbored.” Armed with a small paycheck ($8 per hour for 12 hours a week), 40 hours of training, and a deep commitment to children and neighborhood, these BlockLeaders do whatever needs to be done.

Three amazing women, Deirdre Brooks, Anita Watley, and Dorothy Djanie, told me “how we help our children.” Each is assigned about 45 children and youth who live nearby and whose families responded to the recruitment fliers. Pride was palpable as they told of offering homework help, safe houses, sleepovers, dances, field trips, cooking classes, wake up services, home visits, parent education, transportation, school advocacy, referrals, snacks and guidance. Awe at their own impact showed as they described how, because of “something we’d done or said,” two parents on welfare had looked for jobs, one father had found employment after being laid off, and several parents had started organizing other families and asking if they could be BlockLeader Assistants.

The list of services these three women offer rivals that of many comprehensive programs. What they are doing is impressive. But the lesson is not in he what, it is in the who and the how.

Case in point. Concerned about their teens’ exposure to drugs, violence and the “slippery” life, they heard of a play that dealt with these topics. After hearing from their supervisor that there were no funds, they set out, successfully, to find a sponsor through local businesses. They met the families at the theater (no field trip bus available or necessary). Parents and BlockLeaders are now looking for a playwright — the youth want to write and produce their own plays.

Their success comes not simply from offering an array of services cost-effectively but from offering help in a way that is not seen as a service. BlockLeaders are not staff — they are neighbors. Neighbors who, through their actions, are offering natural supports to other neighbors, being visible, acting as friends and guides to parents, reweaving the fabric of their communities in a way that few staff, no matter how compassionate and competent, can.

Deirdre, Dorothy and Anita are three women who are doing what they want to do for their neighborhood. There is little doubt that, even without additional funds, they would be doing something to help (all acknowledge that they work well beyond their 12 hours per week). But there is no doubt in their minds that through YouthNet, they can do it better, longer, and for more youth and families.

YouthNet has given them the legitimacy to be caring and nosey, to go to the homes of neighbors they don’t know, to raise funds and raise questions, to call what they do work. It has given them supports and access by linking them with other BlockLeaders under an experienced supervisor, ensuring them access to the staff, facilities, and activities of a nearby YouthNet agency, and connecting them to coordinated counseling and outreach services offered by YouthNet.

Local people, organizations and government solving local problems? Absolutely. But the federal role is significant. Twenty-four of the 42 BlockLeaders are paid for through an AmeriCorps grant. The activities youth are enjoying and demanding in increased numbers are supported by HUD Recreation dollars and Summer Youth Employment dollars.

Policy makers and social scientists debate what needs to be done to counteract the decline of the family and the erosion of the neighborhood. As the impact of the absence of these key supports becomes clearer, strategies for substituting for neighbors became more complex. YouthNet has hit upon a simple solution. Don’t substitute for neighbors, just support them. Given recognition and resources, committed neighbors can reduce crime and rebuild community block by block.

We welcome your contributions to the topic. Please reach out to talkwithus@kpcatalysts.com if you’d like to join to the discussion.

Article was originally published in

Pittman, K.  (1995, May/June). “Rebuilding Community Block by Block.” Washington, DC: The Forum for Youth Investment. A version of this article appears in Youth Today. May 1, 1995 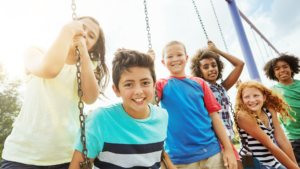 Reading and Dreaming on MLK Day

Youth Today: The Value of Unbounded Resources and Relationships